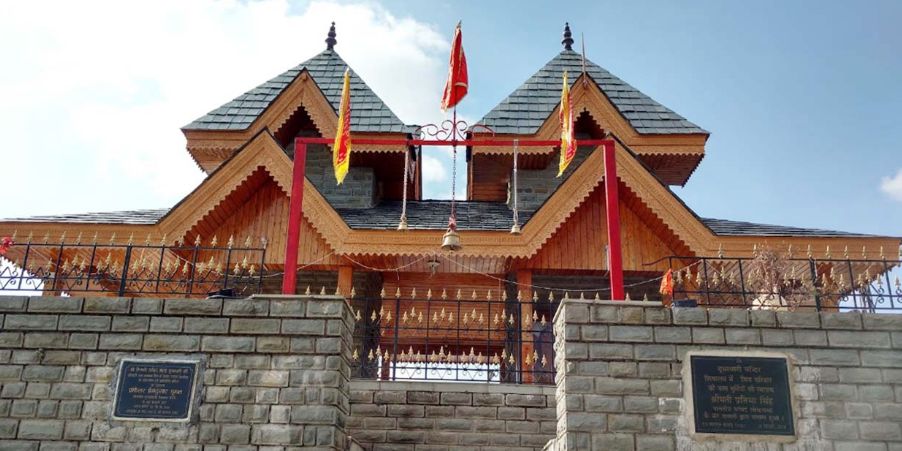 Popularly known as the “Land of the Gods” or “Dev Bhoomi” (in Hindi), Himachal Pradesh is full of myths and legends about various Gods and Goddesses in different regions. Each district and each town in Himachal has its temples and boasts a vibrant history of many local deities. Hence, it’s no wonder why this state is often said to be loved by the Gods.

If you’re planning to book a Shimla Manali Tour Package or any other tour package in Himachal, here are some of the famous temples that you must visit to understand why this region is named as the home of Gods.

Situated approximately 3 km from Manali, Vashisht Temple is dedicated to sage Vashisht. It is believed that the sage meditated at the spot, where this temple is built today. This place is also well-known for its hot sulphur water springs. Many devotees visit this place to take a dip in the hot water spring.

It is one of the 51 shaktipeetha temples situated in India. Created by Raja Bir Chand in the 8th century, the temple has been devoted to Naina Devi, an avatar of goddess Durga. As per Hindu mythology, this temple is built on the spot where Lord Shiva’s wife Goddess Sati’s eyes fell.

Another famous shaktipeetha in Himachal Pradesh is the Jwala Devi temple in Kangra district. This temple is said to be the shrine where the tongue of goddess Sati fell. Many devotees of Jwala Devi believe that the goddess fulfils all wishes of anyone who visit the place with coconut offering as a prasad.

Hadimba Temple in Manali is one of the popular temples in this district. This temple has been dedicated to Hadimba Devi, wife of Pandav Bhima. It is believed that Hadimba Devi meditated on this spot, where the temple is built. The stunning architecture of this temple is carved intricately and looks gorgeous.

Situated at an altitude of 8,500-feet, Jakhoo Temple is situated on Jakhoo Hill. According to a legend, this place is where Lord Hanuman stopped when he was set on a mission to collect Sanjeevni Booti for Laxmana. This temple is a popular landmark of Shimla town.

Sankat Mochan temple is located on the Kalka-Shimla Highway. Commissioned by Neem Karoli Baba, this temple is also dedicated to Lord Hanuman. People from different parts of the country often come here to worship Lord Hanuman. The temple also offers food to people, as well as conducts various auspicious ceremonies like marriages.

During a Dharamshala Dalhousie Tour Package, you can visit Chamunda Devi temple – a popular pilgrimage destination in Kangra District. The locals believe that the goddess takes care of them and consider the goddess superior to any other goddess. That’s why this temple is of utmost importance in the region. This temple dates back to around 400 years from now. You can hear many miraculous stories about this temple from locals.

The list of famous temples in Himachal Pradesh cannot be complete without the famous Tara Devi temple in Shimla. Dating back to the 1770s, this is one of the oldest temples in Shimla. Nestled on the Kalka-Shimla Highway, near Shogi (around 15km from Shimla city), this temple is devoted to goddess Tara Devi, who is believed to be the family deity of the Sen Dynasty. The best time to visit Tara Devi temple is on Ashtami during Navratras.

The Baba Balaknath Temple is another well-known temple in Himachal Pradesh. Located around 45 km from Hamirpur, this cave temple is carved from rock. While the entry of females is restricted to this area, devotees often visit the temple at the time of Holi – when a fair is conducted here. The best time to visit here is around October and April.

It is another famous temple in Himachal Pradesh. Built by Raja Ajber Sen in 1527, the temple is dedicated to Lord Shiva and is popular for the Mahashivratri fair that is celebrated in the district with splendour and pomp. The best time to visit this temple is during Shivratri. Many devotees visit the temple at this time of the year to worship and seek the blessings of Lord Shiva.

This is just a small list of some popular temples in Himachal Pradesh. But all these temples are of great significance to regions, where these are located. Visit any one of these temples or all of them to understand and feel the great sense of spirituality and divinity.

Whenever you book a tour to Himachal, you can ask your travel agent to take you to these temples – depending on the area you visit.

PrevPreviousExplore the Himalayas: Best Places To Visit in Himachal Pradesh In 2021
NextHow to Plan a Trip to Shimla and Manali?Next